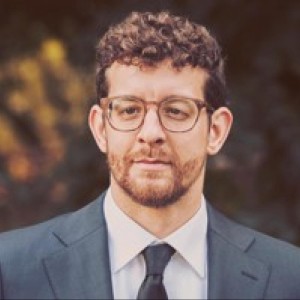 The History of Handwritten Notes

In our 280-character limit, soundbite-driven world, it’s nearly impossible to believe that once upon a time a handwritten note could make or break a reputation, seduce a paramour, or quell an enemy. The power of the written word has never been in dispute, but a handwritten note is becoming exceedingly difficult to come by.

With that in mind, let’s take a moment to reflect on and appreciate the history of handwritten correspondence.

Cultural and intellectual survival has always depended on our ability to communicate information. Clay tablets from over 1,400 years ago reveal ancient Assyrians and Babylonians developed astronomical geometry. These cuneiform texts show our ancestors looked to the heavens and charted equinoxes, solstices, and the paths of Jupiter and Venus. As a result, they determined when to plant crops, how to travel the oceans, and where to find shelter and food. Clay tablets were not portable however, and information was still passed to successive generations orally. Before writing could become a part of everyday life a revolution had to occur. It came in the form of papyrus.

An Aquatic Plant Fuels a Revolution

Cyperus papyrus is now quite rare in the  Egyptian Nile Valley, but at one time, it was abundant. A grass-like, aquatic plant, papyrus required river banks and marshy areas to thrive. Around 3000 B.C. the Egyptians began to produce papyrus and it was used to make practically everything in ancient Egypt: mats, sails, cords, cloth and, most importantly, paper. It had the unique ability to accept ink without blurring and would be used for written documents longer than any other material in recorded history.

Persian Queen, Atossa, is credited with writing the first handwritten letter around 500 B.C. However, some scholars maintain the first epistle should be credited to Homer, author of “The Iliad” and “The Odyssey.” His epic poems were passed down orally for centuries before they were ever written down. No matter who wrote the first letter, it’s evident that an evolution in materials sped the production of handwritten notes, missives, and calls to action.

Knowledge of cuneiforms and hieroglyphics lay exclusively in the hands of the nobility and a priestly class. This meant information was tightly controlled by an elite. Eventually, in simplistic terms, the remainder of the population decided they needed to communicate effectively without depending on someone else to interpret meaning. Thus, the alphabet was born. It’s believed the first alphabet came into use sometime before 1,500 B.C. It enabled communication amongst a wider swathe of the population, which, in turn, spurred trade and the spread of knowledge. However, it’s believed that the first “true” alphabet, where both vowels and consonants were used as explicit symbols in a single script, didn’t exist until 800 B.C.E.

Scarcity is the Mother of Invention

Since the only place papyrus could be harvested was Alexandria, it was often scarcely available outside of Egypt. This precipitated the development of vellum and parchment. Made from animal skins, these surfaces served as excellent writing materials. Vellum, from the Latin vitulus, meant calf or vitellus, and referred to a fine skin – calfskin specifically, but goatskin as well. However, no animal was safe from becoming a writing tool. Horses, squirrels, and rabbit skins were also used to create writing surfaces. The popularity of vellum and parchment continued through the middle ages until the end of the 15th century.

The Paper Trail Leads to Literacy

The invention of paper is attributed to the Chinese during the second century, but it took over a thousand years for this innovation to make its way to a wider audience. By 1340, paper mills could be found in Spain, Italy, France and Germany, and by 1450, Johann Gutenberg had created the first printing press – revolutionizing how information was disseminated. This enabled the printed word to become available to a wider audience. The availability of books contributed to a rise in literacy rates, but it was the spread of compulsory education laws in the United States during the 1800s that ensured more people could read – and write. The world was primed for people to share their innermost thoughts, desires, and ire, on paper.

Before Facebook, LinkedIn, Twitter and TikTok we had “The Republic of Letters,” a vast network of literate, influential, and progressive thinkers who exchanged letters worldwide. Thought to have emerged during the Age of Enlightenment, the society advocated economic equality, tolerance, and human rights for all. Literary figures, philosophers, and scholars communicated via handwritten letters and were able to influence public opinion and encourage critical thought at a time when the authority of the Church threatened progressive ideologies. Stanford University is mapping this network of over 55,000 letters and documents.

And what would civilization be without love letters? Love letters have fueled more than a few movies and literary works. Love letters written by some of history’s most notorious lovers – poets, musicians, artists, raconteurs – remain objects of desire and scrutiny. Why? Because we see in them a reflection of our own souls: the desire to transcend the habitual and to experience compassion.

Our current information ecosystem rewards commonality and dissenting voices are drowned out. Handwritten notes have the power to dispel this mob mentality and reclaim individuality. They go beyond the personal; they solidify relationships and create connections that would otherwise be impossible.